dotazy@sfzp.cz
You are here: SFŽP ČR > News > More greenery and moisture into the streets of cities. Norway Grants offer millions to green the built landscape
The streets of towns, villages and their surroundings will be revived by new trees, meadows, green facades, lakes and various water features. The State Environmental Fund of the Czech Republic offers 4 million euro from Norway Grants for the construction of green-blue infrastructure and the implementation of adaptation measures to climate change. Funds from the "Bergen Call" will help cities to better manage weather extremes, maintain moisture in the landscape and improve the overall quality of life of their inhabitants. 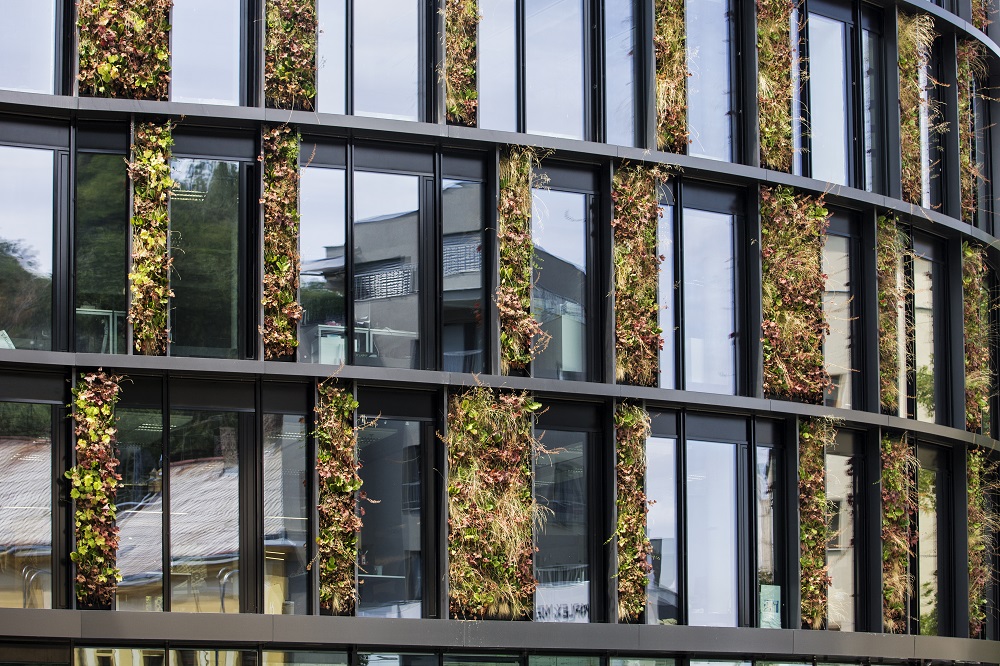 Applications for support may be submitted by all legal entities through the Agenda Information System of the SEF CR from August 12 to October 30, 2020.

“Fluctuations in totals and distribution of precipitation, changes in average and extreme temperatures and other impacts of climate change are more or less reflected in all areas of our lives. Manifestations of climate change cannot be combated, but ways can be found to adapt to it, minimize its damage and maximize its benefits. In the Czech Republic, where the rate of urbanization reaches up to 75 percent, it is very important to approach nature-friendly measures as quickly as possible. These measures will help our cities to adapt to climate change and at the same time improve urban life in many aspects. Water and greenery are two basic elements that create a quality and healthy environment for life. Our Norway Grants Programme is a beneficial financial instrument for local governments thanks to up to 90% subsidy of eligible project expenditures,” says Petr Valdman, Director of the State Environmental Fund of the Czech Republic.

Supported measures include, for example, the replacement of paved areas with residential greenery and tree planting, the installation of small green elements, a significant part of which is living vegetation, or green facades, which, like green roofs, help cool the air, capture dirt, noise and make the urban environment more attractive. Applicants can use the Programme to acquire or renovate water features in squares and other paved areas, restore lawns and flower meadows. Applicants will also receive grant support for various elements of blue and green infrastructure with a positive impact on the microclimate, which cannot be supported by the Operational Programme Environment and which have a demonstrable benefit in terms of climate change in municipalities and regions.

“Some regions and municipalities are currently preparing their adaptation strategies and plans as part of our Oslo Call, which was announced last December. These applicants will also have the opportunity to obtain funds for the implementation of specific adaptation measures from the Norway Grants Programme. We are preparing the announcement of the second part of the Bergen Call, which will release another 4.7 million euro for the implementation of adaptation measures. The date of announcement of this second part will respond flexibly to the course of projects elaboration in the Oslo Call,“ adds director Petr Valdman.

Receipt of applications for support from the Bergen Call will start on August 12, 2020 at 9:00 am via an online form in the Agenda Information System of the State Environmental Fund of the Czech Republic. Supported projects must be completed by April 30, 2024.

Further details of the Call and more detailed conditions for applicants are available on this page.

The grant Call was named after the city of Bergen, nicknamed the “Gateway to the fjords”, which is the second largest city in Norway and also one of the rainiest cities in the world. Due to its location, the city is very sensitive to the effects of climate change, whether it is rising sea levels or uneven rainfall throughout the year. Bergen is actively involved in many national and international projects that monitor climate change and seek appropriate measures to minimize negative impacts. In the last Norway Grants period, many Czech study trips related to the adaptation and mitigation of climate change also went to Bergen.