dotazy@sfzp.cz
You are here: SFŽP ČR > News > Ten Czech-Norwegian bilateral initiatives will share 2,6 million
The first bilateral Call announced under the Environment, Ecosystems and Climate Change Programme, which is funded by the Norway Grants 2014-2021, is closed. Ten successful Czech-Norwegian bilateral initiatives will share support in the total amount of over 2,6 million Czech crowns. The announcement of the second bilateral call is scheduled for the second half of this year. 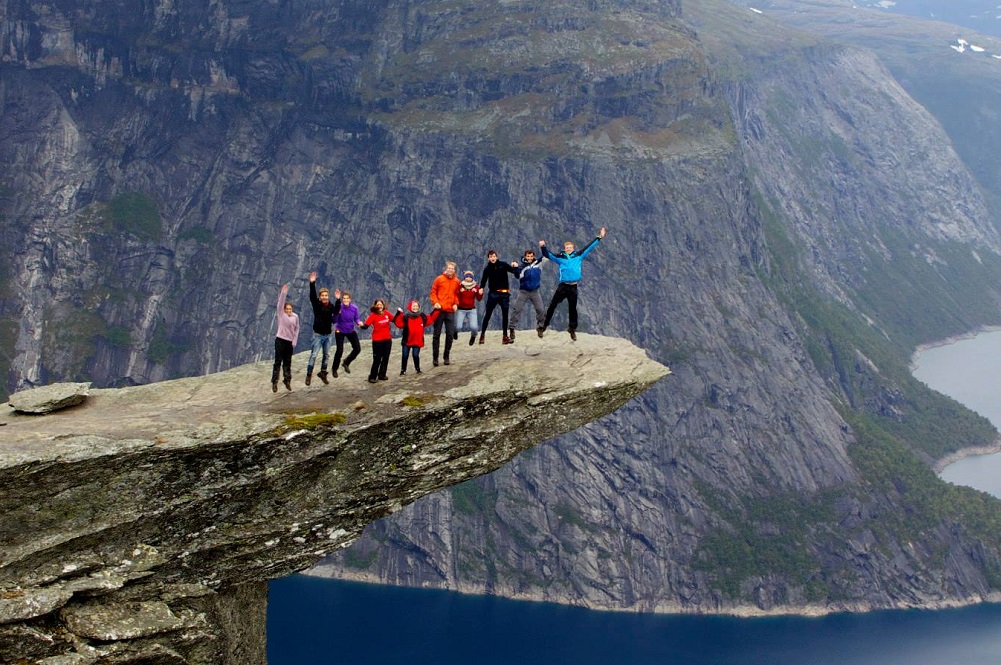 The specificity of the Programme of the Norway Grants is the support of projects with international cooperation in environmental protection, which enable the exchange of experience between the Czech Republic and Norway. A total of sixteen applicants applied for grant under the Trolltunga Call and ten of them received support.

„We and our Norwegian colleagues are very pleased with the interest in establishing international cooperation in the field of the environment, which was shown mainly by Czech and Norwegian universities and research institutions. All applications that met the conditions of the Call show the strong potential for further development of mutually beneficial cooperation. Therefore, we decided to slightly increase the allocation of the Call to cover the full costs of all ten approved bilateral initiatives,“ informs Petr Valdman, director of the State Environmental Fund of the Czech Republic.

Supported bilateral initiatives focus on cooperation in the field of Smart Cities, remote monitoring of vegetation in connection with climate change, protection of some endangered species of animals, such as Northern birch mouse, Freshwater pearl mussel, Ukrainian brook lamprey or Black grouse. Successful applicants include, for example, the Czech University of Life Sciences in Prague, the Czech Geological Survey, the Czech Technical University or the Beleco. The implementation of two bilateral initiatives has already been completed. For example, bilateral initiative realized by Kominová asociace a.s. took place in recent months. They addressed the issue of domestic heating and its impact on clean air and the environment in cooperation with Norwegian company Norsk Energi. New initiative for the protection of the Black grouse was also implemented by Research Institute of Forestry and Hunting in cooperation with the Norwegian Institute for Nature Research (NINA).

The implementation of the approved bilateral initiatives was temporarily suspended in connection with the pandemic of Covid-19, which restricted travel abroad throughout Europe. “Most of our approved bilateral initiatives were to have some foreign trips and seminars for the public in the spring. Due to the closure of the borders, these international activities had to be cancelled. However, applicants will not lose the approved funding from our Bilateral fund. We operatively offered them the opportunity to update the implementation dates and all applicants used this option. At the same time, this unexpected situation can help to find and strengthen alternative forms of cooperation, such as organizing online meeting or seminars” explains Ivo Marcin, the Director of the Department of International Programs and Funds.

Call Trolltunga was not the last way to obtain funds for the implementation of bilateral activities in environmental protection: “We are currently preparing documents for negotiation with Norwegian colleagues on the possibility of increasing the amount that could be released from the Bilateral fund for cooperation between Czech and Norwegian entities in environmental protection. These negotiations will take place in the autumn. We would like to announce new bilateral call later this year,” concludes Petr Valdman.

All current information on the preparations of the new Call and the course of implementation of the approved bilateral initiatives can be found on the bf.sfzp.cz or on the Facebook profile of the Environment, Ecosystems and Climate Change Programme.